One of the most important features of ARCHLine.XP is the dimensioning tools. The aim of the program is to speed up the dimensioning process and enable us to place accurate dimensions with just a few clicks. Let's see how.

With the quick dimensioning tool, you can place the length of the selected item on the drawing with one click. The tool is perfectly suited for in-the-process, quick dimensioning, or for complementing automatic dimensions. 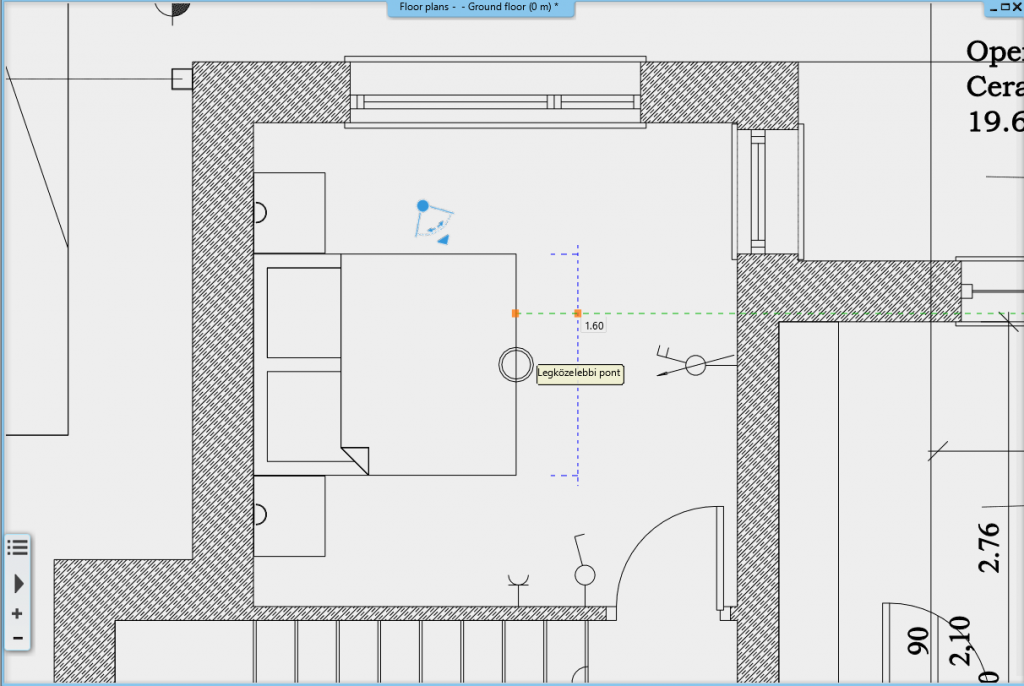 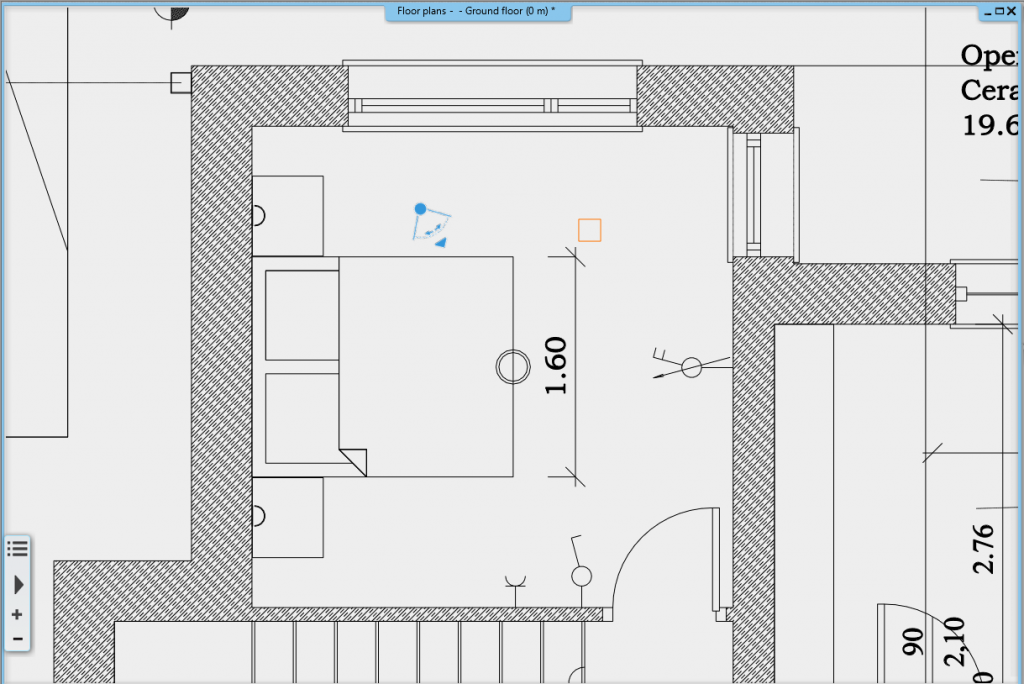 Length dimensioning differs from the quick dimensioning in that the program does not recognize the two endpoints of the selected item, but we can define the distance between points. Thus, it is possible to manually place dimensions of partition walls or wall thicknesses on the outside of a wall. 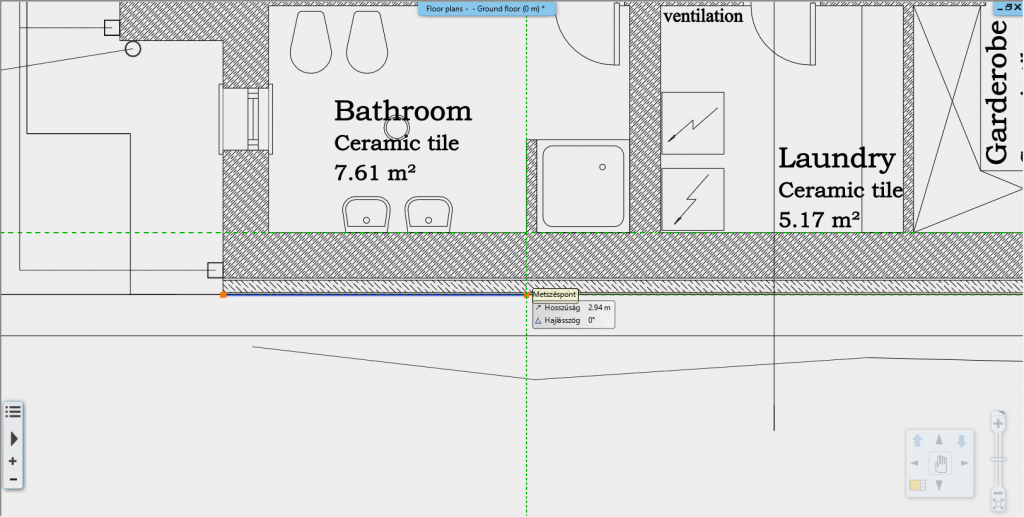 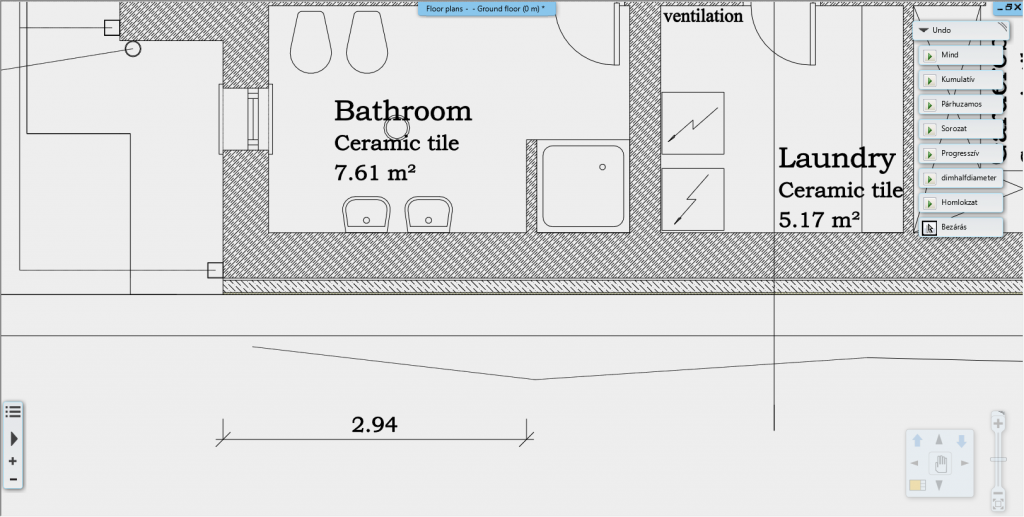 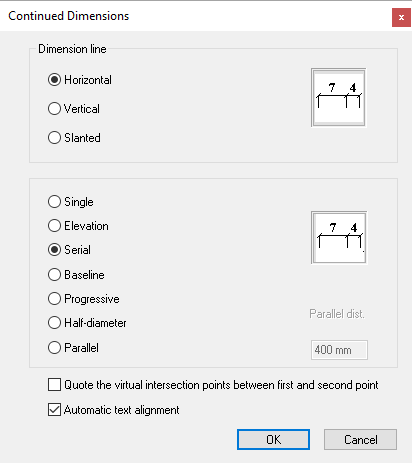 After you start the command, you can type in the desired angle in which you want to place the dimensioning, or you can manually adjust the position of the endpoint of the displayed orange line. Then, by clicking on the item, you can place its dimensions on the drawing at the previously specified angle. 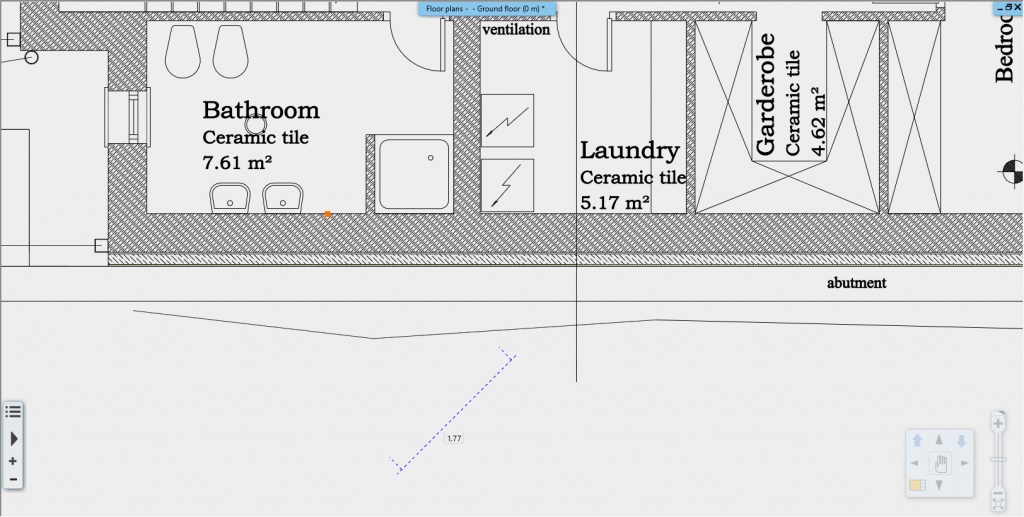 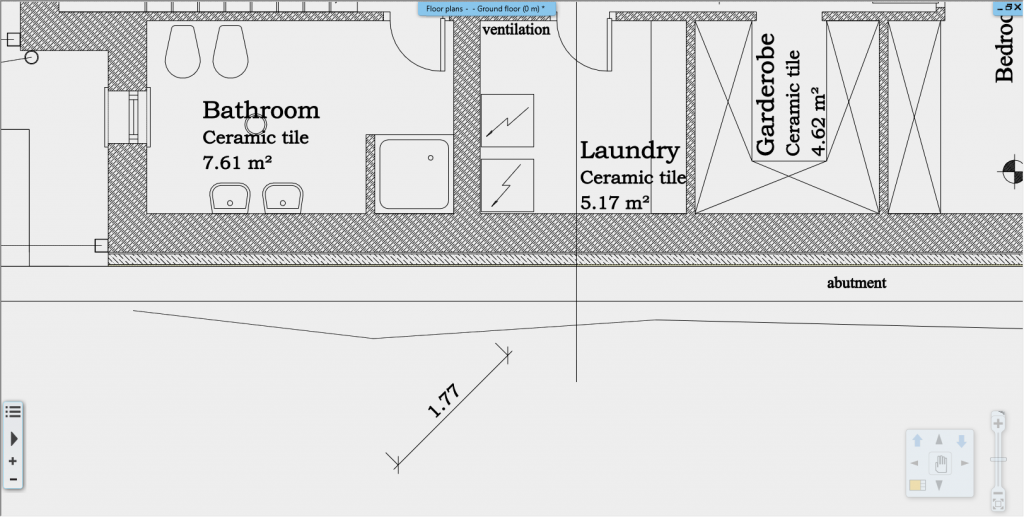 There may be a case when we want to visualize the dimensions of an item in 3D for ourselves or for our customer. This can be done with the 3D dimensioning option. We can dimension elements by letting the program recognize its length by itself, but we can also determine the start and end point of an item in space. 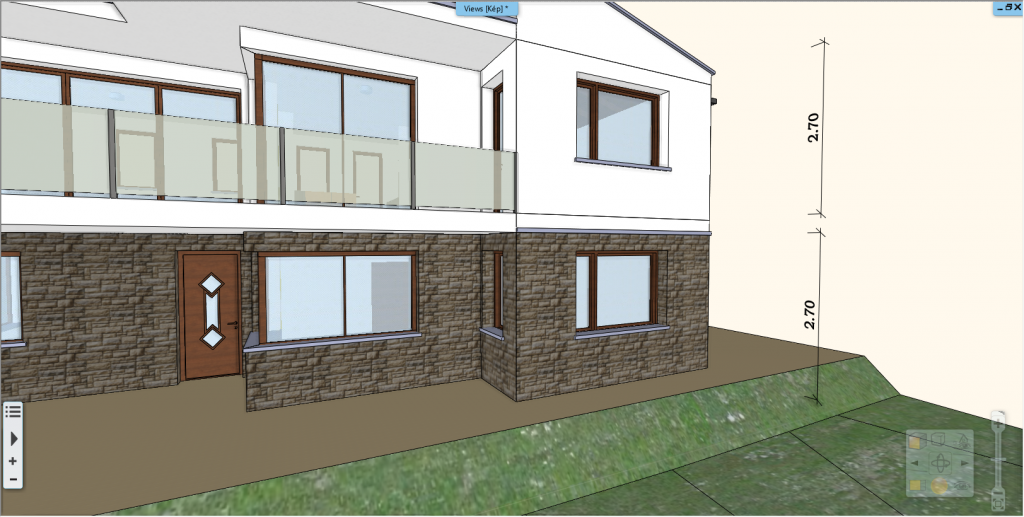 6. Dimensioning all of the walls in one step

We have the ability to preset all dimensioning and place them in a single step, saving us a considerable amount of time during the project documentation. In the dimension dialog, we can select from the pre-defined list what dimensioning types we want to place on the drawing. The order in which we add the types to the list determines which dimensioning chain will be closer to the wall. Even though the dialog contains wall dimension types, as the doors and windows are part of the walls, we can add door and window dimension types to the list, as well as the height of the sills. 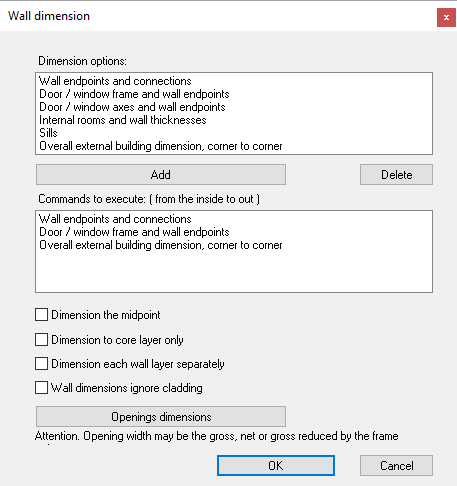 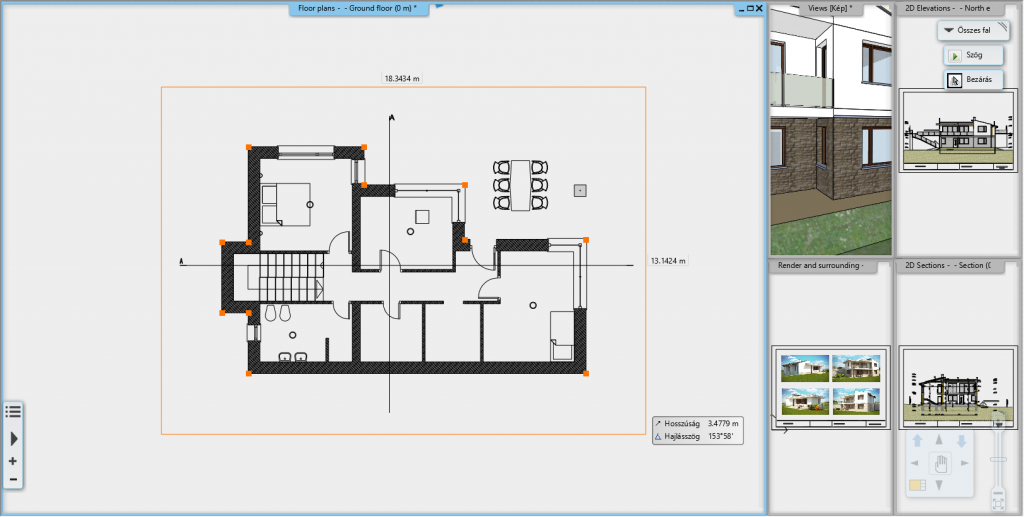 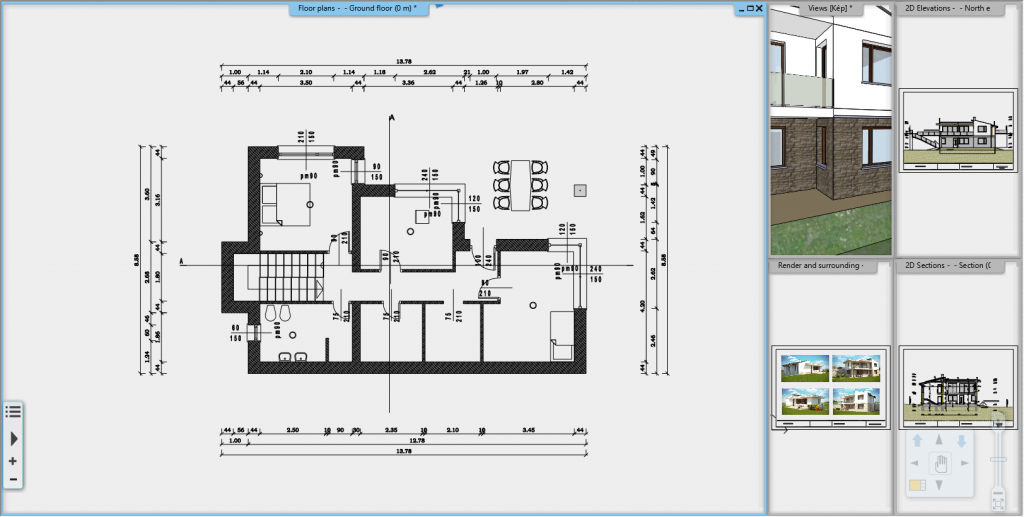 In the dialog, we can turn on special dimensioning options, such as dimensioning the wall midpoint, wall dimensions ignore to cladding, dimensioning the core layer only, or each wall layer separately.
After setting everything up, close the dialog with the OK button, then select the walls to be dimensioned one by one or with one of the selection rectangles and determine the distance of the first chain from the walls. The program then places all the dimensioning. By using this tool, we can also reduce the number of missing dimensions as the program automatically places everything.

The Room Internal Dimensions command instantly displays the internal distance of all the boundary walls form one another by clicking on one of the walls of the room. Using it, we can get an accurate picture of the size of our room quickly and easily. 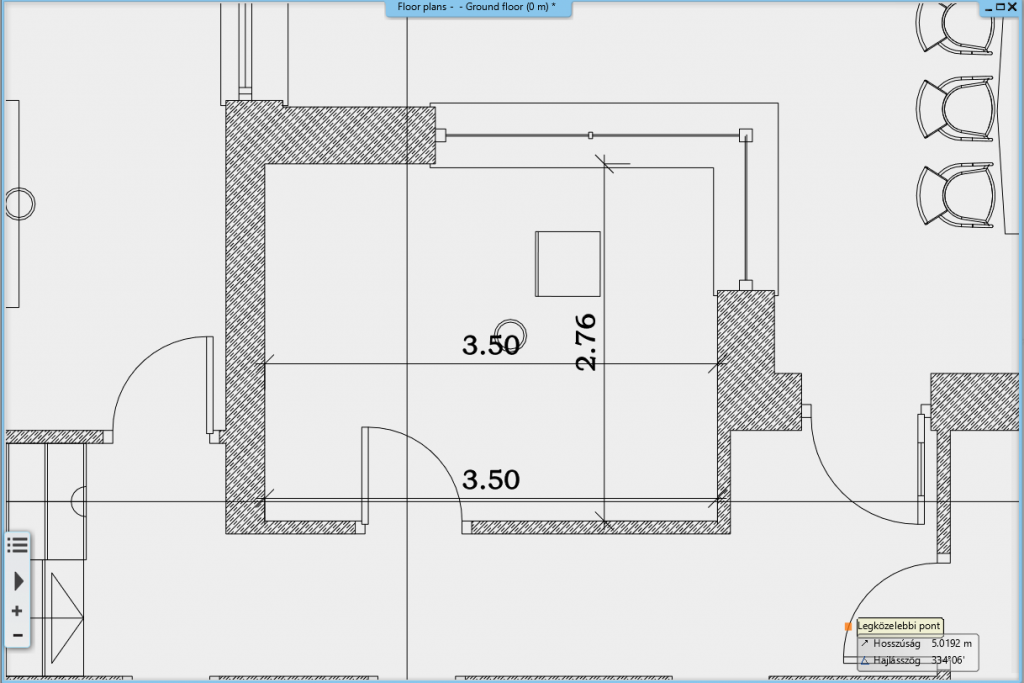 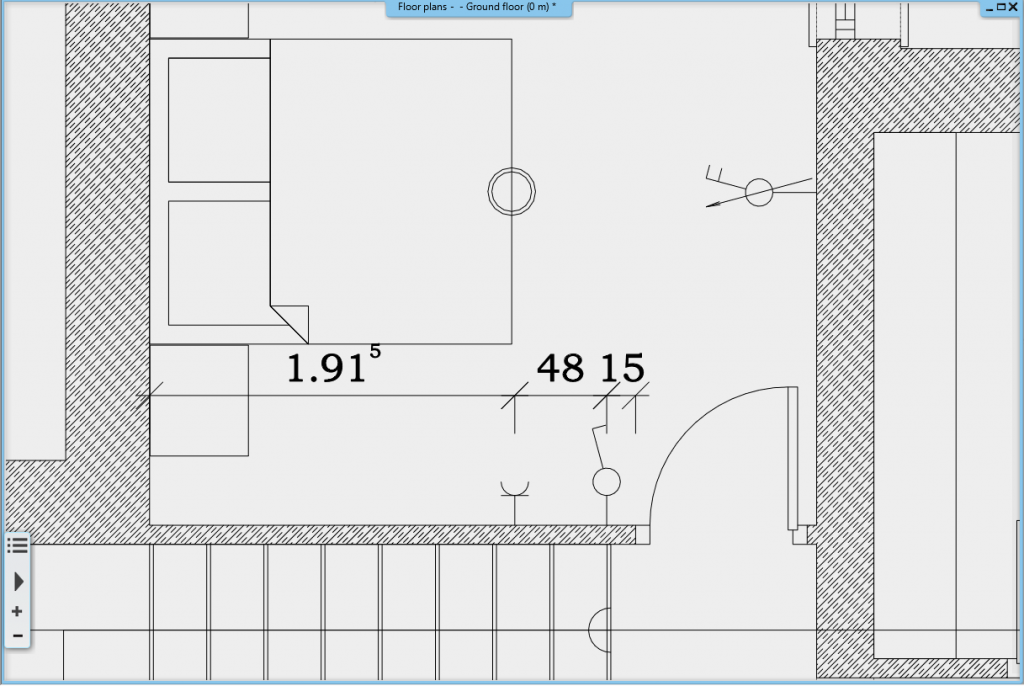 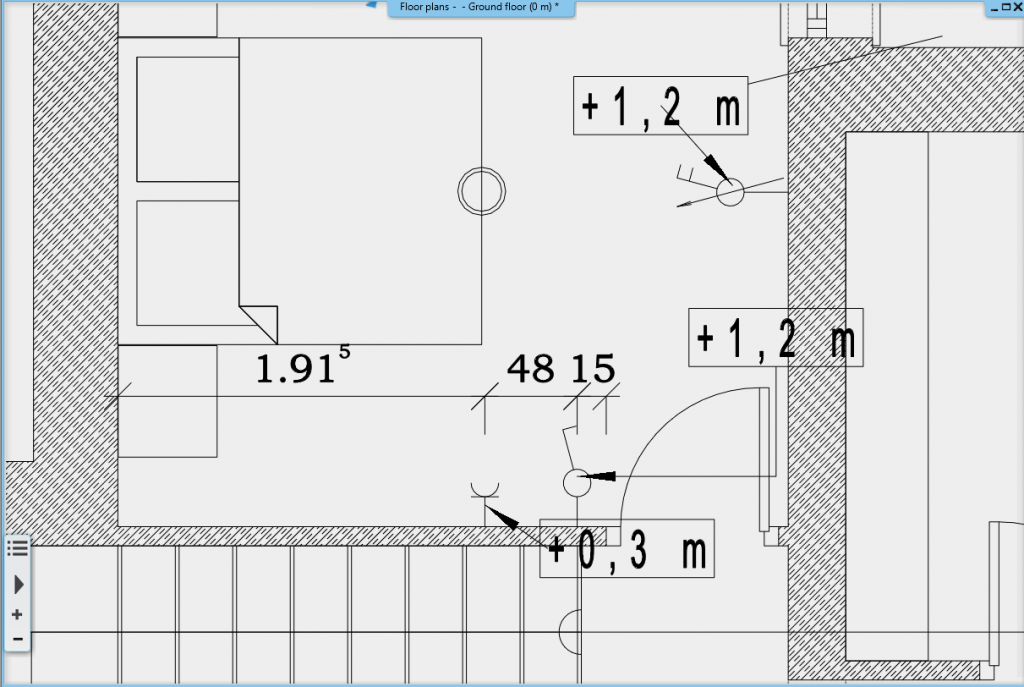 The dimensioning of wall lamps also works as described above. Select the wall on which our lamps are and place the dimensioning chain at a suitable distance. 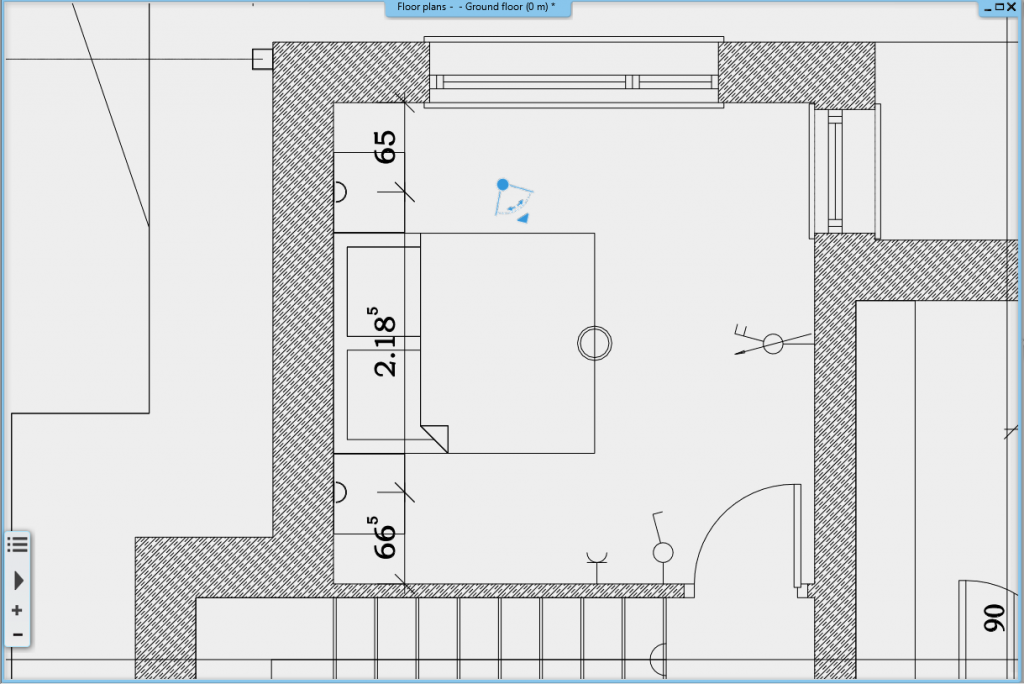 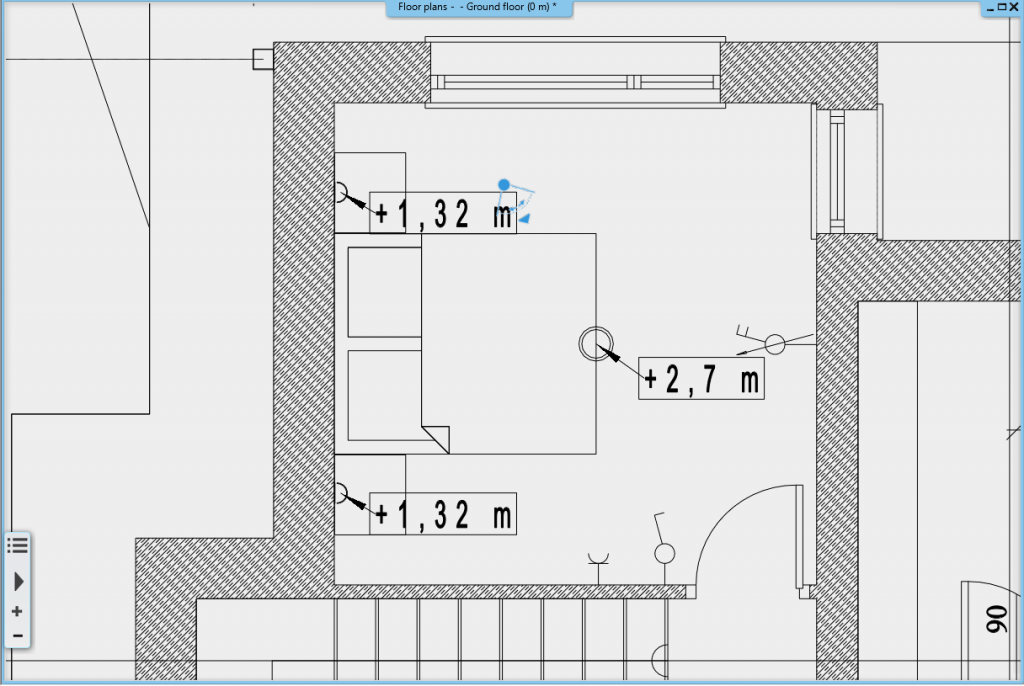 The width of the designed kitchen cabinets can be displayed using the Cabinet Dimension tool. Just select the cabinets you want to dimension, or choose Define all from the Ribbon Bar, Cabinet group. The program automatically places the dimensions. 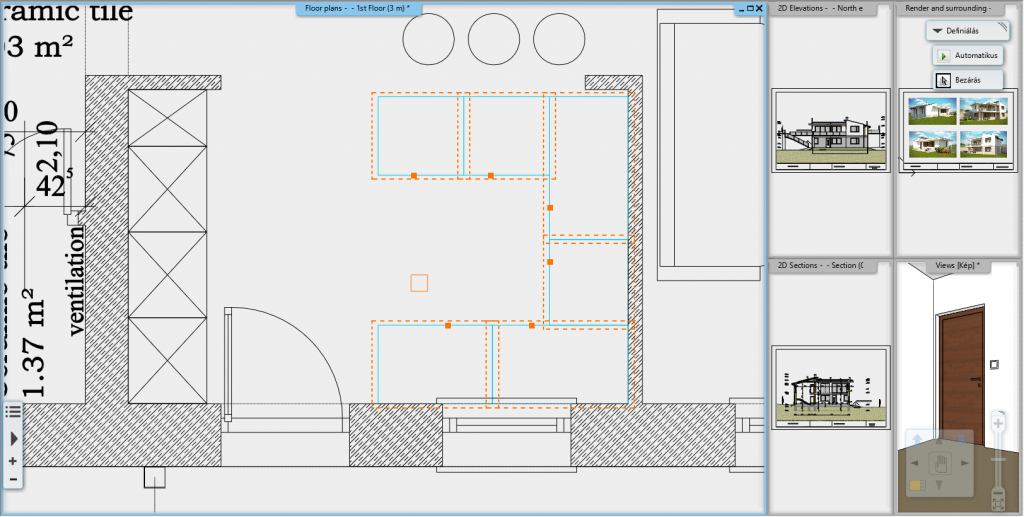 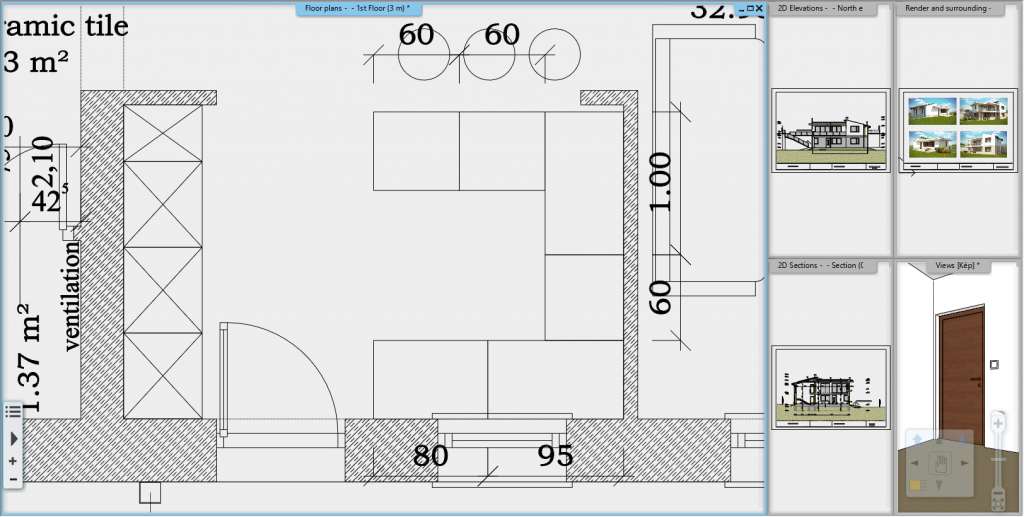 For some sections, it may be important to display the levels. This option can be turned on in the section settings dialog. The project may contain empty levels as well - the lines of which can be easily deleted on the section. 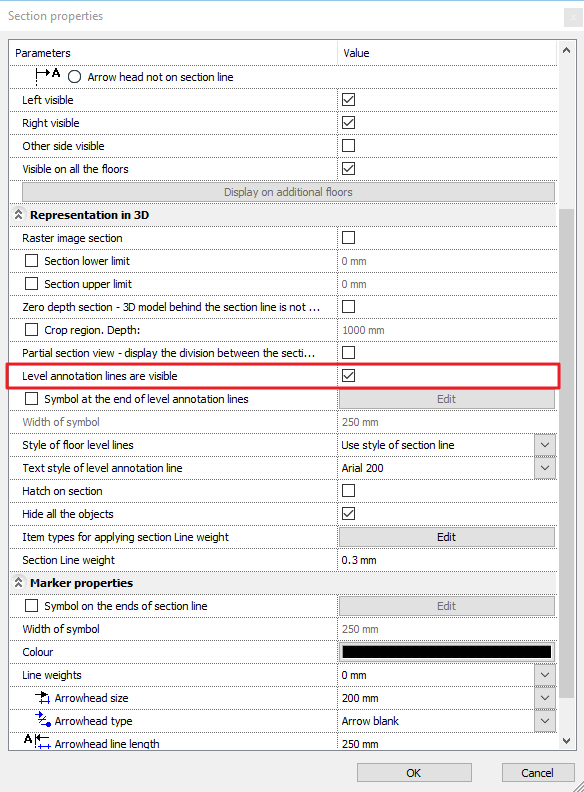