The house used for the 1990 Christmas classic Home Alone was built in 1921, and is located at Lincoln Ave. Winnetka, Illinois. While most of the interior shots were done on a soundstage, the house's structure actually looks like the one seen on the film. When shooting, designers Eve Cauley and Daniel B. Clancy were going for a festive color scheme. Director Chris Columbus: "We intended the film to feel like Christmas, so we filled the house with greens and reds. I wanted the house to feel like a warm place." (hookedonhouses.net)

The staircase is a focal point for the action - from the early morning rush to the airport, to the famous sledding down the stairs, the foyer sets a nice background of the plot. We set off for recreating the interior in ARCHLine.XP - check out our renders to see the end result!

We imported a jpeg floorplan, found online, into ARCHLine.XP. The imported jpeg was then calibrated, 3D walls and slabs were drawn.

For the stairs, we used a standard "U form" from the ARCHLine.XP library, customized for its dimensions. Setting up the right pitch and tread dimensions came next. As we were using images for reference, this came with some try-and-error, but with some tweaks the right result was achieved. 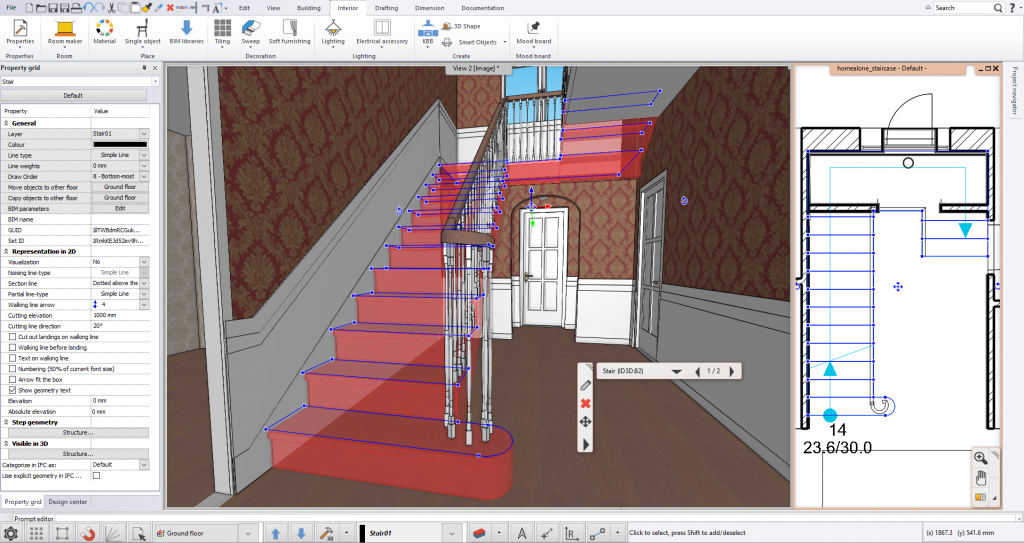 Luckily, every step can be profiled individually, this is how we did the curved, offset first step.

Then came the balustrade, for which we used a customized profile. We set up the density of the balustrades, and added the spiralling finish at the bottom. 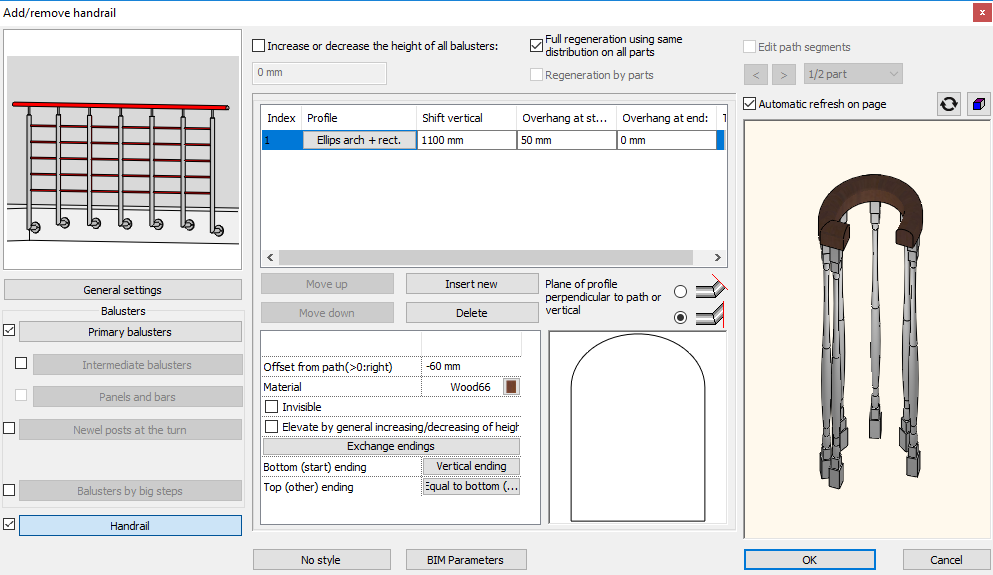 The railings are fitted to the balustrades automatically, so there was not too much do do here except for setting up material and profile

We looked up a wallpaper similar to the one in the film using one of the many online texture libraries - sketchuptextureclub.com - where an excessive amount of seamless textures can be found, downloaded and imported into ARCHLine.XP as new materials. 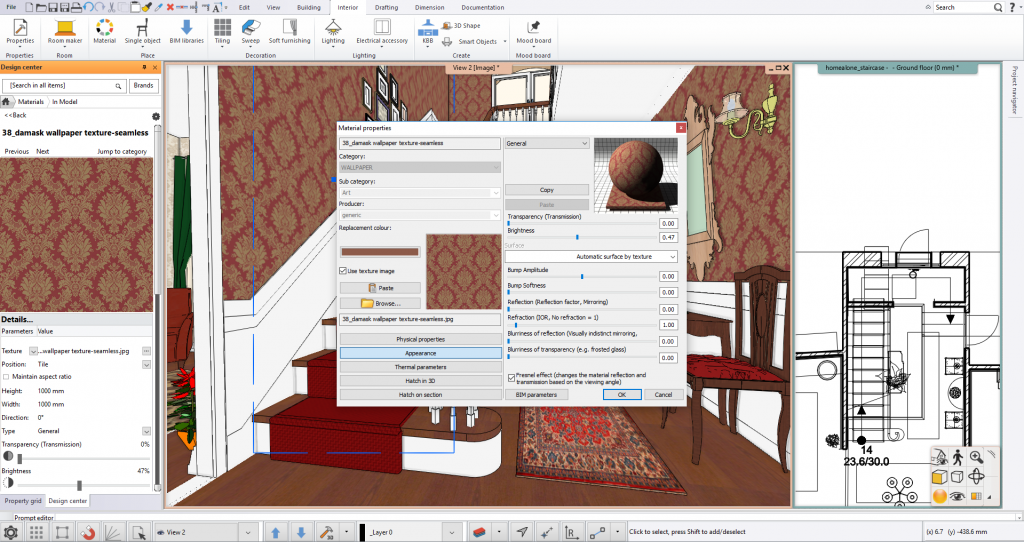 For the wall lamps we downloaded a modell from the 3D Warehouse (for which ARCHLine.XP connects natively), set its materials and dimensions, then added light sources. To achive the different light intensity of the rooms we used different light sources than in the foyer.

As for objects, some were directly imported from the 3D Warehouse and others, such as the pictureframes were put together in ARCHLine.XP from different objects. The carpet on the stairs was modelled with the 3D shape tool of ARCHLine.XP. 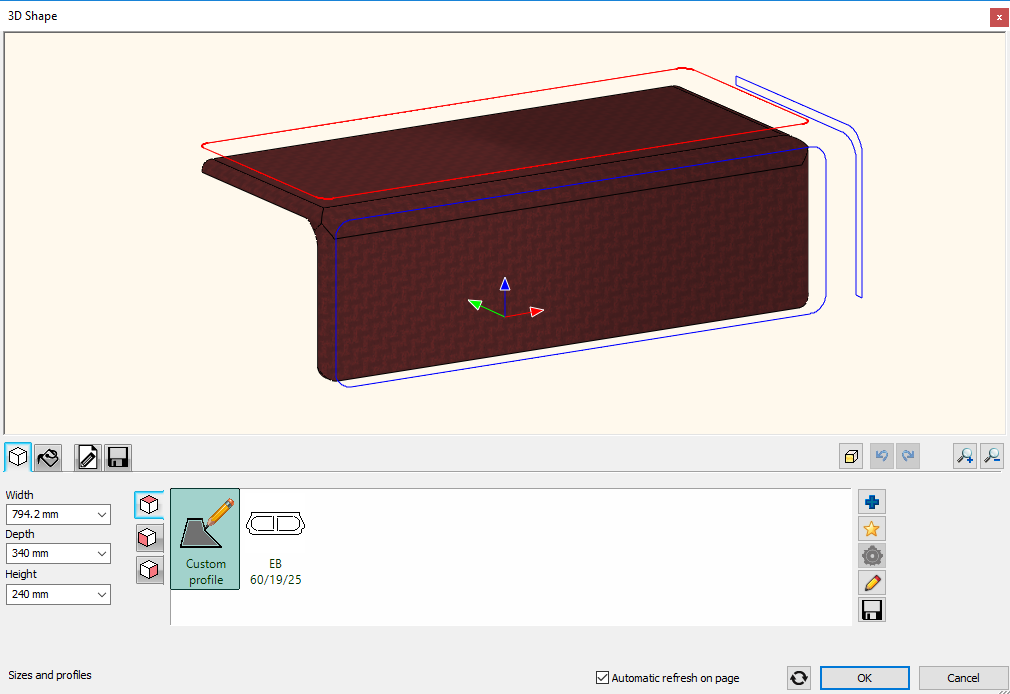 We set up and saved some views, so that we could have a similar viewpont as in the movie stills used for reference.

The final step was the rendering. For the night scene we used a uniform black background and set its brightness to 0. We also turned off the sunlight and on the lamps. For the daytime scene we used the reverse of these setting. The lamps were left on everywhere except for the two wall lamps. The north direction and time was set to have the sunlight come in the same direction as in the movie still. 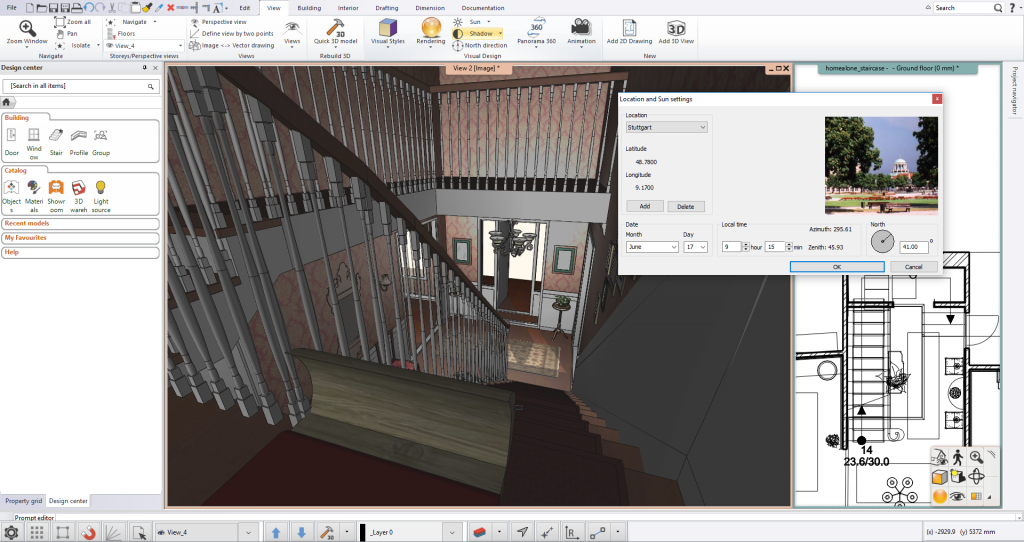 ...and you are all set! Do you want to give it a go? Download a free trial of ARCHLine.XP to try your hands.

With this, the ARCHLine.XP Team wishes you Happy Holidays, and amazing projects for 2018!