BIM-benefits for an everyday project

Even if the building is small, several stakeholders need to work together when it's being built. Wannes Malaise, a draftsman from Belgium tells about his experiences using BIM workflow to manage this project, and ease communication with co-designers.

About what I do

I am a draftsman. I do a wide range of projects – sites for large companies, family houses, halls, pipelines, etc. These could be 2D or 3D drawings, it’s pretty versatile. The hardest part of my job is that the regulations in Belgium, where I live and work, are pretty strict – there’s a lot of information I have to include in my documentation. So in a way, I not only have to do the drawing, but I am also responsible for adding the relevant info and systems to my drawings. That’s one of the reasons I was looking at ARCHLine.XP – because I wanted to do everything, CAD, 3D modeling, calculations, in one package.

Remodeled - grab the blue slider and move left and right to toggle between the existing and planned phases.

The building stands at Transvaalstraat 45, Kontich, Belgium, not far from Antwerpen. It was bought as an investment by Frank Van Asch, a contractor that renovates old, and builds new houses - www.meva-bouw.be.

The façade and the roof of this building was kept, because they were in generally good condition; the whole building was designed around these given parts. The façade is not straight, neither is the building itself, and this made the design very difficult.

Frank has a fantastic knowledge on how to build and construct - adding a glassed patio was a great idea of his, it brings light and air to the rooms. However, it also made things more difficult in the building and design process, as everything had to be isolated well.

Frank works together with a lot of people and he wanted to try to do this building in a BIM model to see if this could help in the building process and in the communication of the plans. I did the survey myself, producing .DXF files, which were read into ARCHLine.XP. Then, the architect made a first plan based on this, then the plan came back to me an Frank did most of the design again, by opening the model in the ARCHLine.XP viewer. The plans then went to an engineer who looked at the construction thickness values. Later, the model went to the company, which manufactures the windows. The kitchen was designed according to a folder I got from Frank and the BIM model will be later sent to the kitchen builders.

It's an advantage that with BIM modeling you can see the whole process. You can prevent mistakes and let the client see the 3D model. Also, direct changes can be made before the start of the building. With 2D plans there is not a good control in heights and parts and with the 3D model the builders can understand the project much better. So there's a benefit in using BIM, even for a project of this size. 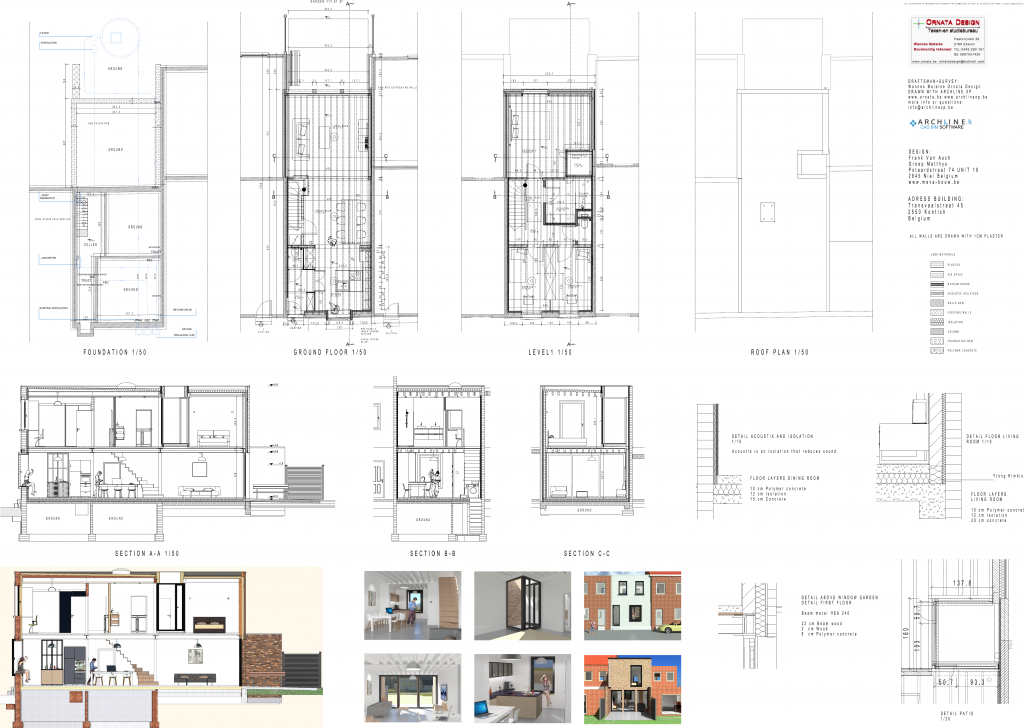